For more than 20 years, she has concentrated on working with graphic materials, with particular emphasis on pastel, charcoal and mixed media drawing.
She tries to convey a combination of simplicity and emotional completeness in her pictures.

Since 1998 the artist has taken part in over 50 exhibitions all over the world.
Olga is the winner of 19th International Pastel Festival of Feytiat, France. (Award – “Le Coup de Coeur 2019”).
She has received the Gold Award at IAPS 34th Juried Exhibition Albuquerque New Mexico, USA, 2019.
She has won Grand Prix at the Online Exhibition of Italian Pastel Society PASIT, Rome, Italy, 2018.
In 2017 she held two large solo exhibitions in Moscow, presenting pieces using the technique of pastel undertaken in recent years.

Besides a lot of painting and drawing Olga does some teaching.
From 2011 to 2015, she taught at the Flowers in Detail school, running original courses in drawing. From 2008 to 2019 she taught at the Details school of interior design, tutoring students in landscape drawing.
For the last few years, Olga has demonstrated the process of creating her pastel paintings at master-classes, demonstration-classes and through online courses.
She is a member of the International Art Foundation (IAF), a member of the Pastel Society of Italy (PASIT) and she is the president of National Pastel Society (NPS) of Russia. IAPS/MC

The nuances of her work, materials and events can be found in the personal blog of the artist. 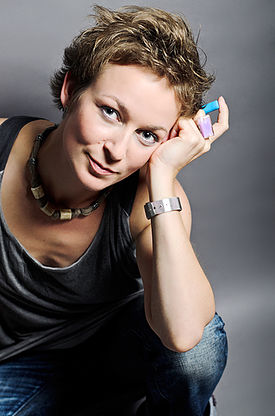 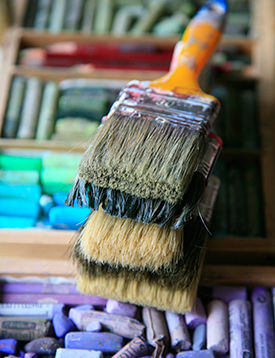 In just a few words, how would you describe the life of an artist?

I really like two simple words: love and work. Tove Jansson said it this way. One works very poorly without love.

What advice have you found useful in your life?

Also two: “Don’t stop dancing” and “It’s a waste of time for an artist to argue about art, do what you like and don’t listen to anyone else.”

Why are artists considered special?

Artists create their own rules in life, and from society’s point of view, what they do can seem irrational and pointless. They create new models of living and share this with others, who are not yet ready to understand what it is they are being offered.

What do artists have to fight for?

Time! Artists always have to use every minute! You could be involved in choosing new materials, preparing your studio, listening to music or be at lunch, but the whole time your thoughts are involved in the creative process – the most vital process. People around you don’t sense this searching for new ideas and think the artist isn’t doing anything. Artists are constantly busy!

Why do people read biographies?

I’ll answer with a quote. “Compared to the grand sweep and romance of Jack London’s life, my existence seemed like a squirrel with its head against a walnut, dozing until spring. For the time being, that is. But that’s how biographies are. I mean, who’s going to read about the peaceful life and times of a nobody employed at the Kawasaki Municipal Library? In other words, what we seek is some kind of compensation for what we put up with.” Haruki Murakami – Dance, dance, dance You can add to this the element of curiosity and a desire to learn something from others’ experience.

I would love to read Tilda Swinton’s memoir, if it ever comes out. Reading biographies and memoirs of writers and artists, I’ve noticed an overriding principle – all the people who actually achieve something in life work very hard. With remarkable consistency, and often with passion. They love and they work.)

Two more questions. How many words are needed to describe what’s most important?

Sometimes, I suppose, words aren’t needed at all.

And how many brush strokes are needed to do the same?

Much more, which is why I’m a painter, and not a writer.

“EXPOSED” Together with "Flowers in the Details" in gallery Exposed, Moscow